Mr. and Mrs. Walter Gray founded their Family Department Store in Nags Head in 1948 when the Outer Banks was a sparsely populated and undeveloped barrier island. Mr. and Mrs. Gray spearheaded a truly family operation in which all five children learned the cooperation and teamwork that is still the cornerstone of Gray’s success. Over the years, Mr. and Mrs. Gray have passed this tradition along to their children, Larry, Julie, and Ronnie, who carry on as second-generation owners and operators of Gray’s.

Gray’s has celebrated over 60 years of success on the Outer Banks. 34 years after their original Nags Head location was opened, Gray’s decided to expand to Scarborough Faire in Duck in 1983. In 1988, Gray’s opened its flagship store and relocated their headquarters to the new location in Kitty Hawk. Continuing to move north to better serve their customers, Gray’s opened the Corolla store in Monterey Plaza in 1991 and closed in 2011. Due to the rapid growth of Corolla and the unique Timbuck II development, Gray’s opened a second location in Corolla in 1993. Looking to the future, Gray’s built a new Timbuck II store, which opened in May 2000. That location continues to be a focal point for serving loyal Gray’s customers in the Corolla area. Further growth in the Duck area led to the opening of a second Duck store in the Waterfront Shops in the summer of 2001.

In 1993, Mr. and Mrs. Gray officially retired from Gray’s Department Store. Unable to quell his entrepreneurial desires, Mr. Gray turned the Nags Head location into “Musicana”, a store specializing musical gift items. The “old store” remains as a beloved landmark on the Beach Road to locals and visitors alike and was turned into an art gallery by new owners.

Gray’s continues to be a shopping tradition on the Outer Banks and is recognized for its fine men’s and women’s apparel, sandals, quality accessories, exceptional personal service and its superior professional style of business. These “traditional” characteristics are the keys to our success. The original “Big Duck” design is our trademark logo containing our highly recognized duck with sunglasses. Gray’s is involved in many aspects of the community including the American Cancer Society Relay for Life, March of Dimes Walk America, as well as other local events and charities. Because of our contributions to the community, we were awarded the prestigious Small Business of the Year Award in 2000 by the Outer Banks Chamber of Commerce.

The traditions and values that started with Gray’s first store in 1948 continue to contribute every day to the people and the future of the Outer Banks. 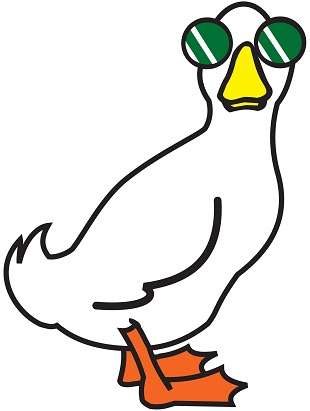